Cut
A diamond's beauty stems from its unique ability to transmit light and shine magically. As a diamond's cut refers to how well its facets interact with light, it is not difficult to understand that a diamond's cut constitutes its most important qualitative characteristic.
Cutting a diamond is a complex procedure, one which is carried out exclusively by expert technicians; the proportions, the symmetry and the shine with which a diamond stone is left with after this procedure can either elevate it to the best possible version of itself or deprive it of what could be a glamourous appearance.                                   .
Faithful to our dedication to excellence, we only accept and use diamonds which fall under the highest gradings of cut recognised by the most respected gemological institutes.

Clarity
No creation of nature is ever perfect; not even diamonds can escape this rule. A diamond's clarity refers to the degree of internal or external imperfections (blemishes) found in a diamond, the number, position and depth of which will place a diamond in one of the 6 following, internatioanally accepted categories: Fl, IFL, VVS1 & VVS2, VS1 & VS2, S1 & S2, I1/I2/I3. The more a diamond stone approaches the first category, that being the category of FL (Flawless), the more beautiful and bright it is.                                         .
In order to meet our accepted requirements, a stone must fall between the clarity categories of FL and VS.

Color
A diamond's color approaches perfection when the diamond is... without color. The internationally accepted grading scale for diamonds starts with the letter D, which is awarded to diamonds considered to be almost colorless, to Z.                                          .
Certainly, the naked and untrained eye cannot in many cases discern the color difference betweeen two stones graded differently in the D-Z grading scale' nevertheless, these "invisible" to the naked eye differences lead to very significant differentiations in the value - hence in the price, also - of a diamond.
We will only select a diamond for one of our jewelry creations if it falls between D and H in the aforementioned grading scale. It is in this way that we can guarantee that the products we offer not only look, but are also, essentially, excellent.

Carat
The best known and most important factor when it comes to a diamond's value and price is its weight, as measured in carats. One carat corresponds to 0,20 gr. The rarity of large natural diamonds makes them especially desirable, hence the more a diamond stone weights, the greater its value and price becomes, this fact, however, does not preclude color, clarity and cut from also determining a diamond's price.                                   .
Be it engagement rings, pendants, earings or bracelets, our creations are adorned with diamonds of a very wide carat weight selection.

Color
It is said that the green color of a fine emerald cannot be spotted anywhere else in nature! This color differs from stone to stone and arises due to the concentrations of chromium, vanadium and iron found inside eachunique emerald. Undoubtedly, the most desirble emerald color is deep green.

Clarity
Emeralds almost always feature inclusions which are visible to the naked eye and give them each their own unique identity. Hence, inclusion - free emeralds are very rare and extremely valuable.
It goes without saying that when said inclusions significantly influence the clarity of an emerald, their value and price decrease accordingly.

Cut
An emerald’s cut plays a decisive role in determining its value and price.That is because its utcan either highlight its best characteristics or produce the opposite effect, thus drastically diminishing its value.
Emeralds can be cut into a variety of different shapes, such as ‘’cushion’’, ‘’round’’ and ‘’princess’’, among others.

Color
Undoubtedly, the most important characteristic of a ruby is its color. Ideally, a ruby has a rich red color, which however must be neither too dark – so as to not undermine its shine - nor too bright. Many ruby gemstones exhibit pleochromism, the phenomenon of appearing to have a different color when observed under different angles.

Clarity
As with diamonds, emeralds and most precious stones, finding inclusions in rubies is to be expected. The number of these inclusions and the way with which they influence the clarity and the shine of a ruby constitute decisive factors for the determination of its value and, consequently, its price.

Cut
The crystal shape of a ruby dictates to a significant degree the way in which it will be cut, making ‘’oval’’ and ‘’cushion’’ the most common shapes of fashioned rubies. The final decision for a ruby’s cut is multifactorial and depends on considerations such as capturing the gemstone’s ideal color when it exhibits pleochroism, wishing to conserve as much of its weight as possible, as well as fitting it to the individual jewel for which it may be destined.

Carat
A ruby’s weight is measured in carats. Rubies exceeding 1 carat in weight are very rare, especially when the ruby can be said to be of a fine quality because of its extraordinary color and clarity.

Color
A sapphire’s color constitutes the most decisive factor when it comes to determining its value. Albeit generally known for their blue color, sapphires appear in a wide range of colors, such as green, orange-yellow and pink. The more intense and uniform a sapphire’s color is, the higher its value.

Clarity
Inclusion free sapphires are very rare. Sapphires do, however, exhibit fewer inclusions than rubbies. As a general principle, inclusions influence the value and price of a stone negatively. There are, however, rare occasions, when imperfections such as inclusions may add value to a precious stone such as a sapphire. This happens when said imperfections allow the stone to uniquely interact with light, without significantly and negatively impacting on its transparency. ‘Star sapphires’’ constitute a characteristic example of such cases.

Cut
How a precious stone will be cut is decisively influenced by factors such as the desire to capture its best possible color, to maintain its best possible analogies and to preserve as much of its raw weight as possible. Sapphires do not escape this rule. Pleochroism, namely a stone’s property of exhibiting different colors when examined under different angles, as well color zoning (uneven color distribution within a stone) both constitute factors which the specialist performing the cut of a sapphire lacks the luxury of ignoring.

Carat
A sapphire’s weight is measured in carats. As is to be expected, the same rule that applies to roughly all other precious stones, applies to sapphires as well: the bigger the stone, the rarer it is and, as a consequence, the higher its value. The vast majority of commercial quality blue sapphires do not exceed five carats in weight.

Many factors influence the value of
a pearl; its size, its color, its shape and its lustre, among others, constitute decisive parameters when it comes to determining its value and its price.

Size
When two pearls are equal in terms of all their qualitative characteristics, the larger one is considered more valuable. That is because larger pearls are harder to come by in nature than smaller ones.

Shape
Pearls come in different shapes. The most rare – and, thus, the ones considered most valuable – are the ones that are round. Their rarity is due to the fact that a pearl’s final shape depends on many factors. Specialists tend to divide pearls into three categories when it comes to their shape: spherical, symmetrical and baroque. Symmetrical pearls are so called because if someone were to cut them in half, they would realise that each half looks exactly like the other. Baroque shaped pearls exhibit a more irregular and abstract form.

Surface quality
Given the fact that they occur naturally, it is not surprising that pearls exhibit imperfections on their surface. As is the case with  most precious stones, pearls nearly never achieve surface perfection. The fewer the imperfections that can be traced on a pearl’s surface, the smaller their impact on its appearance and, consequently, the smaller their impact on its value.

Color
Pearls occur in a broad range of colors and, specifically, in white, black, gold, silver, blue, creme, orange, pink and green. The value of each color depends on the demand that exists for it and, naturally, on the available supply at any given point of time.

Luster
Perhaps the most important characteristic of a pearl is its luster! When it comes to luster quality, pearls are divided by specialists into five categories: Excellent, Very good, Good, Fair, Poor. The brighter and sharper the reflections on a pearl, the higher said pearl can be placed in the aforementioned five - category scale. 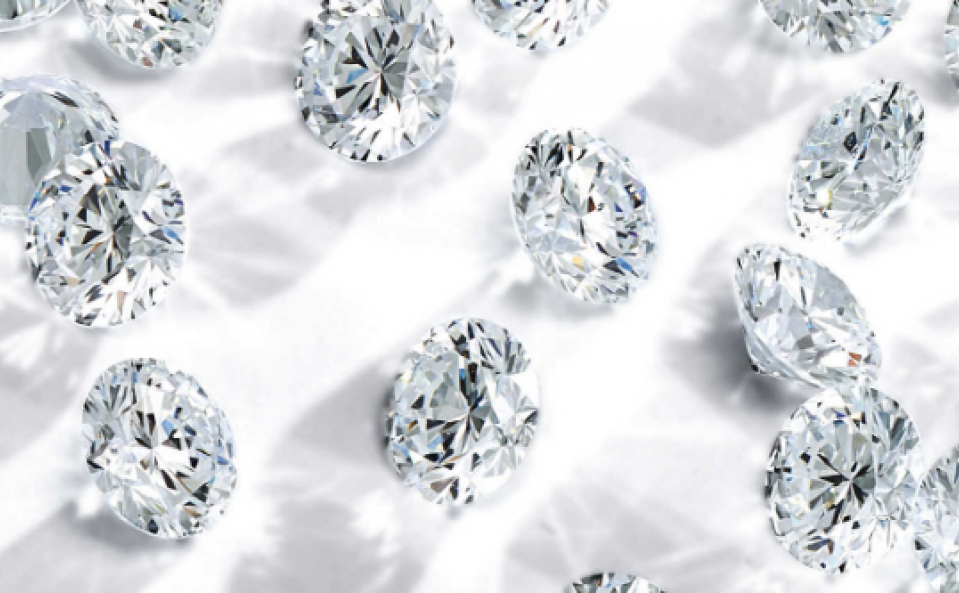 Cut
A diamond's beauty stems from its unique ability to transmit light and shine magically. As a diamond's cut refers to how well its facets interact with light, it is not difficult to understand that a diamond's cut constitutes its most important qualitative characteristic.
Cutting a diamond is a complex procedure, one which is carried out exclusively by expert technicians; the proportions, the symmetry and the shine with which a diamond stone is left with after this procedure can either elevate it to the best possible version of itself or deprive it of what could be a glamourous appearance.                                   .
Faithful to our dedication to excellence, we only accept and use diamonds which fall under the highest gradings of cut recognised by the most respected gemological institutes.

BE THE FIRST TO FIND OUT WHAT'S NEW